Learn about Panic (with or without agoraphobia)

A panic attack is a discrete period of intense fear or discomfort that usually peaks at about 10 minutes. Accompanying symptoms of panic attacks include fast beating heart, sweating, shaking, numbness or tingling sensations, shortness of breath, smothering sensations, feelings of choking, fear of dying, and fear of going crazy. Individuals suffering from panic attacks often avoid activities, foods, and drinks that “mimic” sensations experienced during panic attacks such as caffeine, vigorous exercise, and alcohol. When individuals experience 4 or more panic attacks in a month, experience significant behavioral changes as result of the panic attacks (such as avoiding certain activities) and report anxiety about having future attacks (e.g.., “what if I have another attack?!”) then they may be diagnosed with panic disorder.

Many individuals who experience panic attacks report feeling as if they are having a heart attack and often visit the emergency room which results in numerous tests that (a) are expensive and (b) result in the individual being told that they are experiencing “stress.” Roughly 6 million Americans suffer from panic disorder.

Agoraphobia is a related condition that involves anxiety about being in situations where escape might be difficult or embarrassing in the event of having a panic attack. Common places that are often avoided as a result of panic include movie theaters, supermarkets, crowds, stadiums, concerts, public transportation, closed in spaces (elevators, caves, tunnels) and restaurants. Many individuals with agoraphobia report being confined to their homes, unable to work, and report symptoms of depression along with panic and agoraphobia.

One of the most effective treatments for Panic Disorder with or without Agoraphobia is Cognitive Behavioral Therapy (CBT). CBT for panic is time-limited and involves out-of-session homework (written and often physical exercises) in order for components of treatment to be effectively used outside of the treatment context. These sessions include psychoeducation, treatment planning, cognitive restructuring (thought evaluation and changing), and “graduated exposure” to both activities that simulate physical sensations related to panic and situations where panic may occur if agoraphobia is present (e.g., driving, supermarkets, malls, crowds, home, tunnels, etc.). Dr. Chapman can treat symptoms of  panic and agoraphobia in 7-12 sessions.

Graduated exposure involves writing down feared situations and sensations on a fear hierarchy ranging from 0 (no fear) to 100 (most feared situation) and exposing the client to each sensation/situation only after the he or she has “graduated” from the previously feared situation/sensation. Additionally, home visits take place when warranted.

For information on panic disorder with and without agoraphobia, visit ADAA About Panic Disorder. 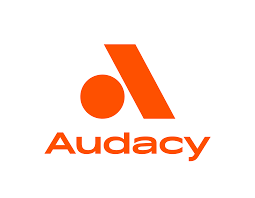